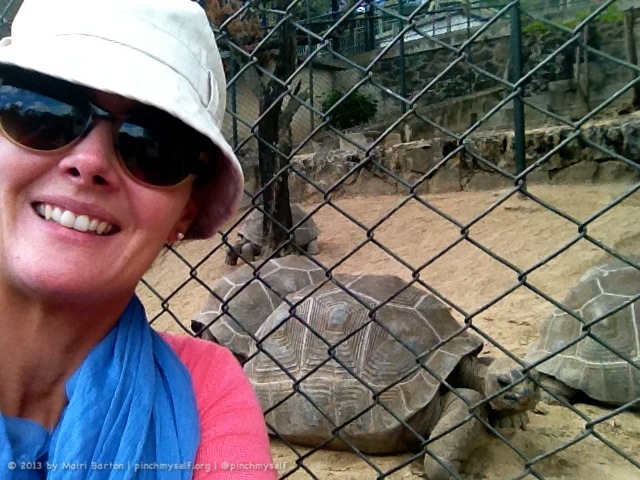 When ‘selfie’ was announced by Oxford Dictionary last week as its word of the year for 2013, I smiled… just quietly to myself, not down the lens of my smartphone.

Yes, I hear the sighs about newly-made-up words going into the dictionary. I hear the cries of narcissism and cultural decline that have been debated since the announcement.

But let’s face it, every generation tends to say these sorts of things about the habits of the next. Rock and roll music (also made possible by new technologies) did not decay the minds of the world’s youth as some people of my father’s generation worried it might.

I will never be able to think about selfies without fondly remembering my trip around Spain in June with a female tour leader and six other women travelling solo.

The selfie became the word of the trip after a funny conversation in a café courtyard in Granada on our second day together.

Chatting with a couple of my fellow travellers about people’s new preference for selfies, I mentioned my visit to the Crystal Palace in Madrid a few days prior to joining the group.

There was a guy in front of the beautiful structure in the park, “doing a selfie.”

My story caught the attention of another member of our group, a 70-year-old woman who roams the world with more energy than some people half her age.

She silently switched her attention to our conversation just as I wrapped up with: “I offered to help him, but he seemed to be perfectly happy to do it by himself.”

The look on her face was priceless and, grasping that something had been lost in translation, we all laughed.

She asked and was brought up to speed on ‘what is a selfie?’ Later this necessitated a physical demonstration and before long, we were all doing selfies – including the youthful Ms 70.

According to Oxford Dictionary, a selfie is “a photograph that one has taken of onseself, typically one taken with a smartphone or webcam and uploaded to a social media website.”

If that’s true then our game was perhaps the ultimate subversion of the selfie.

We weren’t doing it to share later with others online. We were doing it to enjoy and share the moment within our group right then and there, in the real world.

Quite a few times someone would see one of us framing a selfie, just like I did with the man in the park in Madrid, and offer to help.

On most occasions, we would politely decline. “Thanks so much, but that’s ok, I’m happy with a selfie.”

It was funny if a stranger offered to help, even funnier if it was a member of our group who was in on our joke.

We even managed a progressive team selfie where we built from one to two to three of us until the whole group was in the frame. The setting was a restaurant in Seville and I’m sure the waiter couldn’t understand why we didn’t want him to take it. Team bonding. Great fun.

Yes, like anything in this world there is potentially a serious side to this phenomenon.

I share the emerging concern for example, about young people, particularly young girls, who post compromising photos of themselves on social media and seemingly outsource their self esteem, and potentially expose themselves to cyber-bullies.

But my concern is for the content, not the channel by which it’s shared.

The selfie is not inherently bad. Like many things in life, it’s best done with the application of some judgement and moderation.

Oxford Dictionary puts it quite nicely in its example of ‘selfie’ in a sentence: “occasional selfies are acceptable, but posting a new picture of yourself every day isn’t necessary.”

There’s actually something very utilitarian about a selfie when you travel, particularly if you travel on your own. It records your presence in a special location, or proves to Mum back home that you’re still alive and looking after yourself.

Regardless of where you are, it can simply declare, I’m proud and happy and want to share this moment with my friends and family wherever they may be in the world. How good is that?

Returning for a moment to the conversation in Granada, Ms 70 listened intently as we explained selfies like someone might listen in wonder when hearing for the first time about the cultural practices of a newly-discovered tribe.

Then she responded in what we came to cherish as her trademark dry wit. Delivered deadpan, eyes sparkling: “It’s not an expression I’ve heard in any connotation, but I wouldn’t have taken it for a photo.”

That’s precisely why, as society continues its relentless march of progress and change, new words end up in dictionaries.